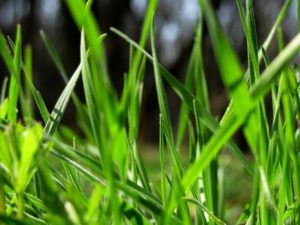 When it comes to picking out a new type of turf, you’re going to want to put a lot of thought in. You’ll be investing a fair amount of time and money, so it’s important to choose wisely. That being said, we at Glenview Turf are the Sunshine Coast experts in lawns. We’d like to highlight two types of turf: Empire Zoysia and Sir Walter. While both are good choices, we believe that Empire should be your turf of choice. Here is an overview about Empire Zoysia Turf.

There’s a reason Zoysia has been given the nickname of “easy grass.” It is low maintenance and requires less watering and less fertilising than other types of grass. If you’re a Sunshine Coast of Gold Coast native, you’ll want a grass like this one because it thrives in the full sun, but it can tolerate up to 5 hours of shade. Zoysia also thrives in the extreme heat and has a high salt tolerance, so she loves coastal regions.

Empire turf has a beautiful dark green colour and its fine leaf texture is luxurious and soft to the touch. This doesn’t stop it from being one of the most drought-tolerant turfs, however, with a deep root system. It is also child and animal-resistant, handling daily wear and tear and making it perfect for anything from front and back lawns to parks and golf courses.

Which Should You Choose?

Empire Zoysia is our number one choice. Our turfs are beautiful and green, easy to grow, low maintenance and soft to the touch. However, Zoysia is better suited to a warmer environment as it thrives in the sun. Zoysia is also better at retaining salt, and it grows better in salty coastal regions, as well as in clay. It is easier to create a deep root and underground runner system with Empire Zoysia, which will contribute in the long run to the longevity and overall health of your lawn.

For more information about the benefits of Empire Zoysia or to discuss your options further, contact Glenview Turf today.